You are here:
FPS 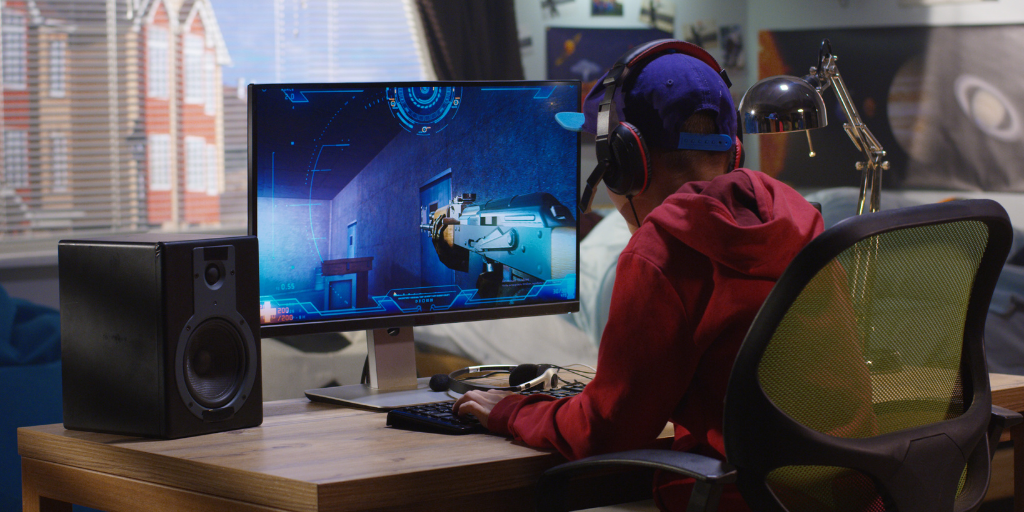 In this 2018 meta-study, Benoit Bediou and his colleagues gathered over 80 scientific papers and analyses to look at the effects of video games on different brain functions.

In order to do this, they first applied a rigorous selection process, so that only well-controlled studies with appropriate designs were included in their meta-analysis. For example, their focus was on what they call “action video games” (shooter games), so they had to carefully review studies to make sure they only included the proper games:

“Our focus on action video games means that predominantly only first- and third- person shooter games were included. This definition excluded not only games that clearly belong to other genres, such as real-time strategy games (e.g., Starcraft, Rise of Nations), puzzle games (e.g., Tetris, Portal), or role-playing games (e.g., World of Warcraft), but also games that may have been classified as action games by some authors, such as fighting games (Tanaka et al., 2013), arcade games like Pac-Man, or the cognitive research interface Space Fortress (Wang et al., 2017). Importantly, this definition also excluded all studies conducted before the year 2000, because at that time the existing power and graphics limitations did not allow for the fast and complex dynamics characteristics of action games.“

The authors then coded the results of each study they retained in terms of which brain functions were tested and which test was applied. They divided the brain functions into cognitive categories: perception, attention, spatial cognition, multitasking, inhibition, problem-solving and short-term memory. They defined two types of experiment: a “cross-sectional test” means that the study compared gamers to non-gamers, and revealed whether they differed in cognitive ability. An “intervention test” means that the study tested what happens after people play a shooter game, compared to playing another type of game: which brain functions are specifically developed after playing a shooter game? [See our review of Glass et al. link for an example.]

It is important to take these intervention tests into account because they show us the causal link from gaming to improved brain functions: when we only compare gamers to non-gamers, we don’t know if playing video games actually enhanced the gamers’ cognitive abilities, or if for example only people with higher-than-average skills are attracted to video games.

The results from both cross-sectional and intervention tests showed that FPS and TPSs really do help develop certain specific brain functions more than other types of games.

“Not all video games have the same impact on cognition.”

The researchers’ robust statistical analyses revealed that playing fast-paced shooter games enhances three major cognitive skills: the player’s ability to focus on important tasks (top-down attention), their ability to manipulate mental objects, and their sense of orientation (spatial cognition), not only while playing but also in the long-term. Moreover, this meta-analysis showed that habitual FPS and TPS players’ perception is superior to non-gamers’, and suggests that all the cognitive skills studied here are improved after playing shooter games.

“For now, we can safely conclude that being a habitual action video game player benefits cognition at large, with the most robust positive effects on perception, spatial cognition and top-down attention.“

The ubiquity of video games in today’s society has led to significant interest in their impact on the brain and behavior and in the possibility of harnessing games for good. The present meta-analyses focus on one specific game genre that has been of particular interest to the scientific community—action video games, and cover the period 2000–2015. To assess the long-lasting impact of action video game play on various domains of cognition, we first consider cross-sectional studies that inform us about the cognitive profile of habitual action video game players, and document a positive average effect of about half a standard deviation (g 􏰃 0.55). We then turn to long-term intervention studies that inform us about the possibility of causally inducing changes in cognition via playing action video games, and show a smaller average effect of a third of a standard deviation (g 􏰃 0.34). Because only intervention studies using other commercially available video game genres as controls were included, this latter result highlights the fact that not all games equally impact cognition. Moderator analyses indicated that action video game play robustly enhances the domains of top-down attention and spatial cognition, with encouraging signs for perception. Publication bias remains, however, a threat with average effects in the published literature estimated to be 30% larger than in the full literature. As a result, we encourage the field to conduct larger cohort studies and more intervention studies, especially those with more than 30 hours of training.

Link to the original PDF: https://archive-ouverte.unige.ch/unige:101941/ATTACHMENT01

This website uses cookies to improve your experience while you navigate through the website. Out of these cookies, the cookies that are categorized as necessary are stored on your browser as they are essential for the working of basic functionalities of the website. We also use third-party cookies that help us analyze and understand how you use this website. These cookies will be stored in your browser only with your consent. You also have the option to opt-out of these cookies. But opting out of some of these cookies may have an effect on your browsing experience.
Necessary Always Enabled
Necessary cookies are absolutely essential for the website to function properly. This category only includes cookies that ensures basic functionalities and security features of the website. These cookies do not store any personal information.
Non-necessary
Any cookies that may not be particularly necessary for the website to function and is used specifically to collect user personal data via analytics, ads, other embedded contents are termed as non-necessary cookies. It is mandatory to procure user consent prior to running these cookies on your website.
SAVE & ACCEPT